What the Census Results Mean for the U.S. Hispanic Marketplace

With the release of U.S. Census results expected later this summer, performance marketing leaders are intrigued by what they’ll show about the expanding U.S. Hispanic marketplace. In this session — presented by the PDMI’s U.S. Hispanic Council — research, media outlet, and agency executives will discuss the Census outcomes and what they mean in both the short and long run.

The Federal Trade Commission is continuing an aggressive regulatory posture — particularly for performance and direct-to-consumer marketers — in the early stages of the Biden Administration. What should industry leaders expect from the commission in the coming months — and how will other regulators at the state and local level take the lead from the FTC’s direction? A trio of members from the PDMI’s Government Affairs Council will share their insights in this exclusive panel discussion.

Building the Store of Your Dreams

In today’s competitive business climate, you may only get one chance to make a good first impression. If customers visit your online store and don’t like what they see, or have difficulty navigating your site, they’ll leave. Join Shopify and special guests as they explore how to build a brand and then convert that into a site that is not only functional but also resonates with your audience. We will hear some best practices and pain points directly from entrepreneurs about what works … and what doesn’t. Whether you are just getting started, well on your way to making your third million, or an agency looking to help others, you cannot afford to miss these valuable insights into the basics of building the store of your dreams. 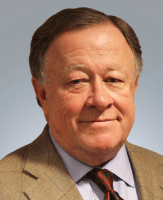 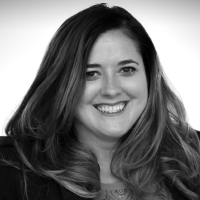 Heather Molina is a digital marketer with 17 years of acquisition and inbound marketing experience through SEO and paid media initiatives — and a total of 20 years of interactive experience. She currently serves as the vice president of cross-channel marketing at Red Door Interactive. Molina has matriculated across various holding company agencies in her career, including Resolution Media (Omnicom), Catalyst (GroupM/WPP), and iProspect (Dentsu). Brands that she has worked on prior to Red Door Interactive — doing SEO and paid media — included Starbucks, P&G, GSK, Ford, Microsoft, Google, TD Bank, and Cheapflights. Molina earned a bachelor’s degree in media arts and journalism from the University of Arizona. 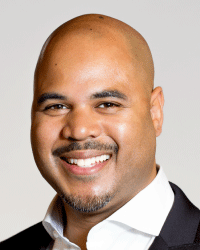 Sean Robertson is director, partnerships for DISH Media. He oversees sales partnerships in his role focusing on connecting new/non-traditional agencies and media technology to the DISH and Sling platforms to drive demand and reduce friction in the planning/buying process. Robertson joined DISH Media Sales in 2011 and has served on various teams across the organization including performance media, digital advertising, programmatic media, and addressable advertising. He earned his M.B.A. at Brown University and IE Business School. He also holds a B.S. in journalism with a focus in advertising from West Virginia University. Robertson lives in New Jersey with his wife Candice and sons Rafael and Brendan. 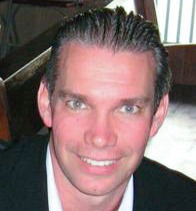 As vice president of Kantar BVS, Richard Radzik is a veteran advertising industry executive with more than 25 years experience focusing on the media intelligence and monitoring marketplace. He has been the long-term manager of Kantar’s BVS solution, with a focus on sales and business development but is intimately involved in all aspects including: operations, technology, marketing, strategic partnerships, and account management. Kantar’s BVS solutions have allowed Radzik to interact with many marketplaces, including agencies, advertisers, direct marketers, networks, syndicators, optimization/attribution companies, and production/distribution facilities. 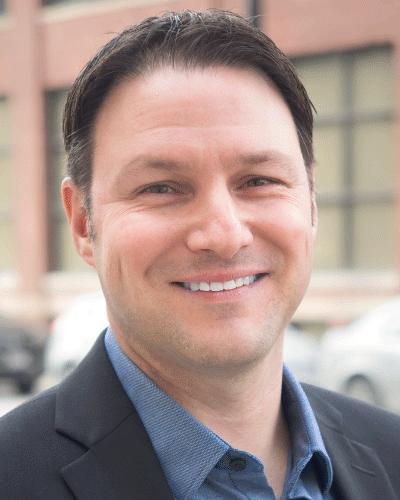 Jeff Nash is senior vice president, network ad sales, for Weigel Broadcasting’s MeTV Networks, the leader in the digital network space. He has been a key contributor in the launch and rollout of successful Weigel networks MeTV, Movies!, Heroes and Icons, Start TV, and Decades. Nash runs the Chicago-based sales group for MeTV Networks and oversees key hybrid DR, upfront, and scatter business for the group. Nash played a leading role in the creation of MeTV Unwired Networks. Nash has been with Weigel for more than 10 years, beginning in a local sales role with WCIU, Weigel’s Chicago independent station, and WWME, MeTV Network’s flagship affiliate. 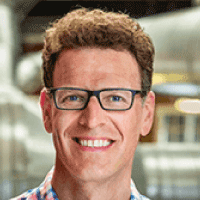 Benjamin Speight is executive vice president, director of client services at Lockard & Wechsler Direct. He is an integrated media strategist focusing in direct-to-consumer (DTC)/brand/retail marketing, customer acquisition, optimization, and ROI. Speight has cross-platform video experience across all traditional linear, streaming, and OTT channels utilizing a data-driven, optimization, and insights-oriented approach to customer acquisition and brand building. He understands the contribution each channel has on each other and the overall business. Speight has more than 20 years of diverse category experience across DTC/over-the-counter (OTC) pharmaceuticals, fitness, telecommunications, packaged goods, legal, education, financial, and many others. 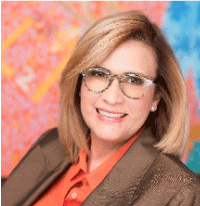 Arminda “Mindy” Figueroa is founder and CEO of Latin2Latin Marketing + Communications (L2L), a multiple award-winning engagement solutions agency in Fort Lauderdale, Fla., with satellite offices in New York, North Carolina, and Puerto Rico. Figueroa is a leader in the traditional, multicultural, direct, and digital marketing fields. Prior to launching L2L, she was project director for Scholastic Media, and oversaw the launch of the No. 1-ranked PBS children’s television series Maya & Miguel. Previously, she held senior marketing positions at The Bravo Group (a Young & Rubicam agency), Univision.com, Verizon, and Anheuser-Busch. A sought-after speaker and expert, Figueroa is the published author of An Entrepreneur’s Guide to Surviving a Business Implosion and co-author and moderator of the Network for Executive Women and Latinarrific research study Elevating the Latina Experience in Corporate America, published in May 2020.

Michael Kropp is a media industry veteran of more than 35 years, the last 12 spent at Media Monitors, where, as the northeast sales executive, he has been responsible for sales of Media Monitors’ products and services in that region. Kropp also serves as the sales team specialist for the radio and direct response industries. Prior to his time at Media Monitors, he managed music and ad monitoring services at ABC Radio Networks, multi-media services at Bloomberg LP, and ran the affiliate administration department at CBS Radio Networks, before moving into affiliate sales.

Linda Goldstein is widely recognized as one of the leading advertising lawyers in the country and is co-leader of BakerHostetler’s Advertising, Marketing & Digital Media team. Goldstein regularly provides advertising counsel and regulatory advice to leading Fortune 500 and Fortune 100 companies in many different product and service categories. She represents clients in investigative and enforcement proceedings brought by the Federal Trade Commission (FTC), state attorneys general, district attorneys, and other federal and state agencies with jurisdiction over advertising and marketing practices. Goldstein spends a considerable portion of her time advising clients on how to minimize the legal risks associated with mobile marketing, e-retail, social influencers, native advertising, email and telemarketing, sweepstakes and contests, fantasy sports leagues, and casual gaming. Goldstein is regularly called upon by national, business and trade publications to share her knowledge of the advertising and marketing industry. Her commentary has appeared in The New York Times, The Wall Street Journal, CNBC, NBC’s TODAY Show, Adweek, Advertising Age, and the National Law Journal. 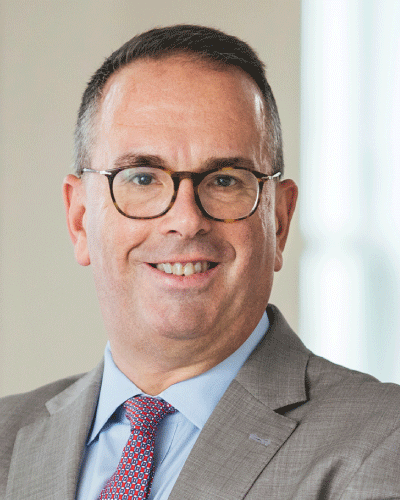 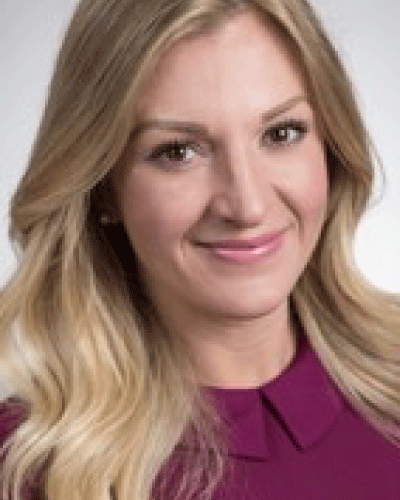 An experienced and accomplished media and marketing executive, Nicole Cordero develops strategic and successful direct-to-consumer and customer acquisition multi-channel campaigns that deliver profitable results for top brands like Unilever, St Jude Children's Research Hospital, GrubHub, Draft Kings, Nestle, and Trip Advisor, among other worldwide companies. She also serves as the head of Multicultural at Havas Edge, identifying growth opportunities by connecting brands and the multicultural consumers in a culturally relevant and meaningful way. Cordero is extremely passionate about her Latino heritage and sharing her culture with others. 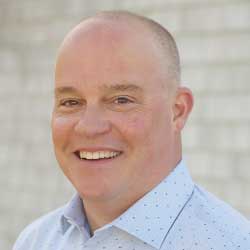 Kevin Gaffney is executive vice president of product strategy at CoreMedia Systems. He has been with CoreMedia for 24 years and is a skilled client advocate, providing leadership for the business development, new product development, and workflow enhancement. He played a key role in syndicating CoreDirect, the industry’s leading media management tool that processes more than $10 billion in performance media annually. Before joining the company in 1996, Gaffney was a media buying supervisor and account executive at Time Buying Service and was part of the successful TBS Direct startup.

Chris Snyder is the senior community manager for Shopify Spaces and leads its Outreach and Community Partnerships team. After spending 15 years in both small business and corporate regional management, Snyder has owned and operated nearly a dozen small businesses both in the United States and abroad. Based in Los Angeles, he has worked with Shopify Spaces for the past three years using his experiences and background to help others succeed.